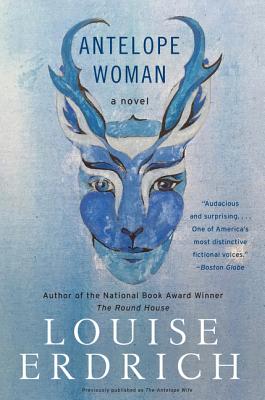 “Audacious and surprising. . . . One of America’s most distinctive fictional voices.”—Boston Globe

When Klaus Shawano abducts Sweetheart Calico, the seductive Indian woman who has stolen his heart, and takes her far from her native Montana plains to his own Minneapolis home, he cannot begin to imagine the eventual ramifications his brazen act will entail. Shawano’s mysterious Antelope Woman has utterly mesmerized him—and soon proves to be a bewitching agent of chaos whose effect on others is disturbing and irresistible, as she alters the shape of things around her and the shape of things to come.

The Roy and Shawano families have been inextricably intertwined for generations and, unbeknownst to them, the mysterious Antelope Woman is a part of their fierce and haunting history. Antelope Woman ingeniously illuminates how that history affects the contemporary descendants of these families who are the products of two cultures, Ojibwe and white, which sit in uneasy relationship to one another.

In this remarkable novel, Erdrich weaves an unforgettable tapestry of ancestry, fate, harrowing tragedy, and redemption that is at once modern and eternal.

Louise Erdrich, a member of the Turtle Mountain Band of Chippewa, is the author of many novels as well as volumes of poetry, children’s books, and a memoir of early motherhood. Her novel The Round House won the National Book Award for Fiction. Love Medicine and LaRose received the National Book Critics Circle Award for Fiction. Erdrich lives in Minnesota with her daughters and is the owner of Birchbark Books, a small independent bookstore. Her most recent book, The Night Watchman, won the Pulitzer Prize. A ghost lives in her creaky old house.