The House of Wisdom: How Arabic Science Saved Ancient Knowledge and Gave Us the Renaissance (Paperback) 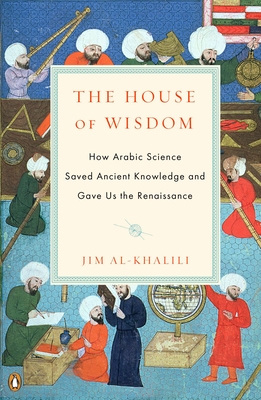 The House of Wisdom: How Arabic Science Saved Ancient Knowledge and Gave Us the Renaissance (Paperback)


Usually Ships in 1-5 Days
A myth-shattering view of the Islamic world's myriad scientific innovations and the role they played in sparking the European Renaissance.

Many of the innovations that we think of as hallmarks of Western science had their roots in the Arab world of the middle ages, a period when much of Western Christendom lay in intellectual darkness. Jim al- Khalili, a leading British-Iraqi physicist, resurrects this lost chapter of history, and given current East-West tensions, his book could not be timelier. With transporting detail, al-Khalili places readers in the hothouses of the Arabic Enlightenment, shows how they led to Europe's cultural awakening, and poses the question: Why did the Islamic world enter its own dark age after such a dazzling flowering?

Jim al-Khalili is a leading theoretical nuclear physicist, a trustee of the British Science Association, and a senior advisor to the British Council on science and technology. He has written a number of popular science books, which have been translated into thirteen languages so far.