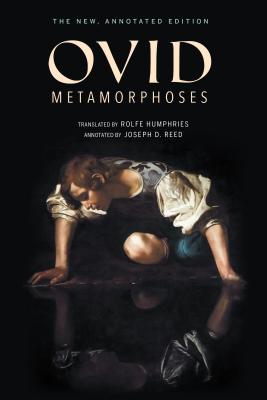 Ovid's Metamorphoses is one of the most influential works of Western literature, inspiring artists and writers from Titian to Shakespeare to Salman Rushdie. These are some of the most famous Roman myths as you've never read them before--sensuous, dangerously witty, audacious--from the fall of Troy to birth of the minotaur, and many others that only appear in the Metamorphoses. Connected together by the immutable laws of change and metamorphosis, the myths tell the story of the world from its creation up to the transformation of Julius Caesar from man into god.

In the ten-beat, unrhymed lines of this now-legendary and widely praised translation, Rolfe Humphries captures the spirit of Ovid's swift and conversational language, bringing the wit and sophistication of the Roman poet to modern readers.

Poet and critic Rolfe Humphries (1894-1969) also translated Virgil's Aeneid, Lucretius's On the Nature of Things, Ovid's Art of Love, and Juvenal's Satires. Joseph D. Reed is Professor of Classics and Comparative Literature at Brown University. He is the author of Virgil's Gaze: Nation and Poetry in the Aeneid.