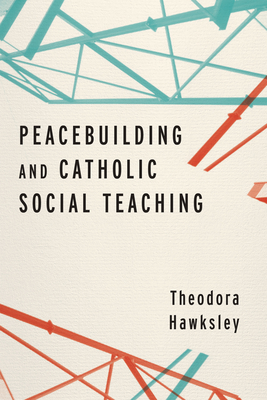 The Roman Catholic Church, with its global reach, centralized organization, and more than 1.4 billion members, could be one of the world's most significant forces in global peacemaking, and yet its robust tradition of social teaching on peace is not widely known. In Peacebuilding and Catholic Social Teaching, Theodora Hawksley aims to make that tradition better known and understood, and to encourage its continued development in light of the lived experience of Catholics engaged in peacebuilding and conflict transformation worldwide.

The first part of this book analyzes the development of Catholic social teaching on peace from the time of the early Church fathers to the present, drawing attention to points of tension and areas in need of development. The second part engages in constructive theological work, exploring how the existing tradition might develop in order to support the efforts of Catholic peacebuilders and respond to the distinctive challenges of contemporary conflict.

Theodora Hawksley is head of social and environmental justice programming at the London Jesuit Centre. She is co-editor of Peacebuilding and the Arts.