Secrets of The Wee Free Men and Discworld: The Myths and Legends of Terry Pratchett's Multiverse (Paperback) 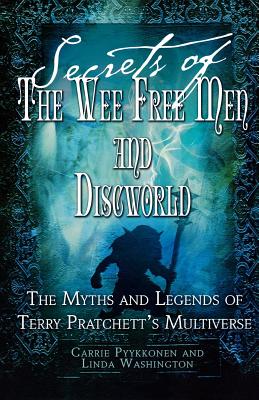 Secrets of The Wee Free Men and Discworld: The Myths and Legends of Terry Pratchett's Multiverse (Paperback)

Before J. K. Rowling became the best-selling author in Britain, Terry Pratchett wore that hat. With over 45 million books sold, Pratchett is an international phenomenon. His brainchild is the Discworld series—novels he began as parodies of other works like Macbeth, Faust, and The Arabian Nights. The Wee Free Men, one of Pratchett's most popular novels, will be made into a movie by Spider-Man director Sam Raimi. It's the story of 9-year-old wannabe witch Tiffany Aching, who unites with the Nac Mac Feegle (6-inch-tall blue men who like to fight and love to drink) to free her brother from an evil fairy queen.

Linda M. Washington, a freelance writer, has written several books for kids, including Just Plain Mel and Gotta Have God (with Jeanette Dall).

Carrie Pyykkonen has degrees in early childhood education and geography and became interested in Narnia as a young child.