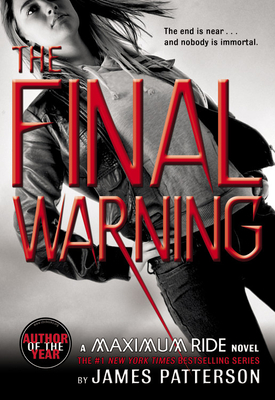 This is book number 4 in the Maximum Ride series.

Hold on tight for the wildest ride yet as Max and the flock take on global warming -- Earth's biggest threat -- in this #1 New York Times bestselling series.
Max returns in a chilling adventure unlike any other. Safe havens for the six highly hunted winged kids have become increasingly hard to find, so the flock takes refuge in Antarctica with a team of environmentalists studying the effects of global warming. In this remote wilderness -- whether pursued by corrupt governments, bioengineered bad-guys, or the harsh forces of nature -- survival of the fittest takes a new twist!
James Patterson has had more New York Times bestsellers than any other writer, ever, according to Guinness World Records. Since his first novel won the Edgar Award in 1977 James Patterson's books have sold more than 300 million copies. He is the author of the Alex Cross novels, the most popular detective series of the past twenty-five years, including Kiss the Girls and Along Came a Spider. He writes full-time and lives in Florida with his family.

"Jump on board this MAXIMUM RIDE...Fights and flights are non-stop."—USA Today

The Angel Experiment:
"BOOK OF THE WEEK...Pace, action, mystery, and cool."—London Times