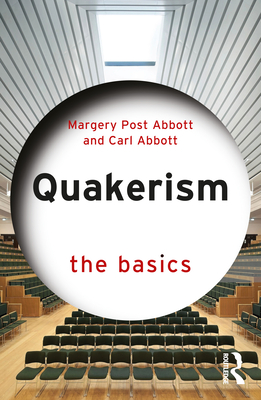 Quakerism: The Basics is an accessible and engaging introduction to the history and diverse approaches and ideas associated with the Religious Society of Friends. This small religion incorporates a wide geographic spread and varied beliefs that range from evangelical Christians to non-theists. Topics covered include:

Quaker values in action The first generations of Quakerism Quakerism in the eighteenth and nineteenth centuries Belief and activism Worship and practice Quakerism around the world The future of Quakerism.

With helpful features including suggested readings, timelines, a glossary, and a guide to Quakers in fiction, this book is an ideal starting point for students and scholars approaching Quakerism for the first time as well as those interested in deepening their understanding.