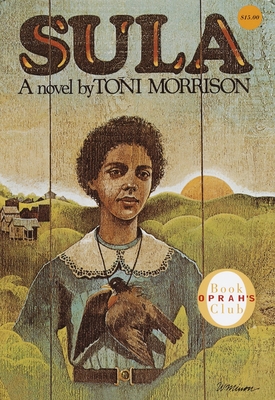 
Backordered
From the acclaimed Nobel Prize winner: Two girls who grow up to become women. Two friends who become something worse than enemies. This brilliantly imagined novel brings us the story of Nel Wright and Sula Peace, who meet as children in the small town of Medallion, Ohio.

Nel and Sula's devotion is fierce enough to withstand bullies and the burden of a dreadful secret. It endures even after Nel has grown up to be a pillar of the black community and Sula has become a pariah. But their friendship ends in an unforgivable betrayal—or does it end? Terrifying, comic, ribald and tragic, Sula is a work that overflows with life.
TONI MORRISON is the author of eleven novels and three essay collections. She received the National Book Critics Circle Award, the Pulitzer Prize, and in 1993 the Nobel Prize in Literature. She died in 2019.
“Extravagantly beautiful. . . . Enormously, achingly alive. . . . A howl of love and rage, playful and funny as well as hard and bitter.” —The New York Times

“Exemplary. . . . The essential mysteries of death and sex, friendship and poverty are expressed with rare economy.” —Newsweek

“In characters like Sula, Toni Morrison’s originality and power emerge.” —The Nation

“Toni Morrison is not just an important contemporary novelist but a major figure in our national literature.” —The New York Review of Books

“Sula is one of the most beautifully written, sustained works of fiction I have read in some time. . . . [Morrison] is a major talent.” —Elliot Anderson, Chicago Tribune

“As mournful as a spiritual and as angry as a clenched fist . . . written in language so pure and resonant that it makes you ache.” —Playboy

“In the first ranks of our living novelists.” —St. Louis Post-Dispatch

“Toni Morrison’s gifts are rare: the re-creation of the black experience in America with both artistry and authenticity.” —Library Journal

“Should be read and passed around by book-lovers everywhere.” —Los Angeles Free Press