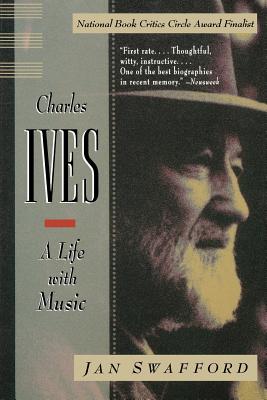 An illuminating portrait of a man whose innovative works profoundly influenced the course of twentieth-century American classical music.

Jan Swafford's colorful biography first unfolds in Ives's Connecticut hometown of Danbury, then follows Ives to Yale and on to his years in New York, where he began his double career as composer and insurance executive. The Charles Ives that emerges from Swafford's story is a precocious, well-trained musician, a brilliant if mercurial thinker about art and life, and an experimenter in the spirit of Edison and the Wright brothers.

First-rate. . . . Thoughtful, witty, instructive, this is one of the best biographies in recent memory, as warm and strangely inspiring as the man and the music it describes.
— Newsweek

Starred Review. A superb writer. . . . [Swafford has] brought the old curmudgeon . . . to vivid life, at once a comic and a tragic figure and in terms of his significance in American artistic life, on the level of Twain or Whitman.
— Publishers Weekly