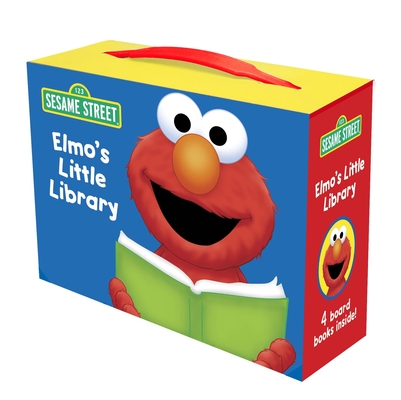 
Usually Ships in 1-5 Days
This little library of four bestselling Big Bird's Favorite Sesame Street board books starring Elmo includes: Elmo's Mother Goose, Elmo's Tricky Tongue Twisters, Elmo Says, and Elmo's ABC Book. Boys and girls ages 1–4 won't be able to resist either the stories or carrying them around in their sturdy little box complete with both a handle and Elmo on the front!
Sarah Albee writes children's books for many age groups and under a number of pseudonyms. She has had three of her books appear on the New York Times Bestseller list. Before she began her career as a children's book writer and editor, Sarah was a newspaper cartoonist and a semiprofessional basketball player. These days she lives in Connecticut with her husband and three children.

Deborah November is a freelance editor and writer. She was once the editorial director of children’s books at Sesame Workshop. November also writes and edits for leveled fiction and nonfiction readers. She got her start as a writer for Marvel Comics on the long-running series Spidey Super Stories.

After graduating from Rhode Island School of Design, Maggie Swanson spent three years at Hallmark Cards. In college she learned about drawing and painting and dreaming. Hallmark taught her to start and finish a job in a timely and professional manner. After that, she started her freelance career, and has illustrated over 100 children's books for many different publishers. She lives in Connecticut with her husband Rick.

Tom Leigh is a longtime author and illustrator of Muppets and Sesame Street books. He lives with his wife on Little Deer Isle off the coast of Maine.