I Know Why the Caged Bird Sings (Paperback) 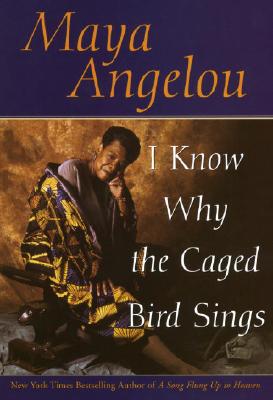 I Know Why the Caged Bird Sings (Paperback)

In the first volume of an extraordinary autobiographical series, one of the most inspiring authors of our time recalls--with candor, humor, poignancy and grace--how her journey began....

"This testimony from a black sister marks the beginning of a new era in the minds and hearts and lives of all black men and women....I Know Why the Caged Bird Sings liberates the reader into life simply because Maya Angelou confronts her own life with such a moving wonder, such a luminous dignity.  I have no words for this achievement, but I know that not since the days of my childhood, when the people in books were more real than the people I saw every day, have I found myself so moved....Her portrait is a biblical study of life in the midst of death."
--James Baldwin

"More than a tour de force of language or the story of childhood suffering: it quietly and gracefully portrays and pays tribute to the courage, dignity and endurance of the small, rural community in which she spent most of her early years in the 1930's....Some of the incidents she depicts are wonderfully funny.  But a summary of the incidents cannot do this book justice; one has to read it to appreciate its sensitivity and life."
--Newsweek