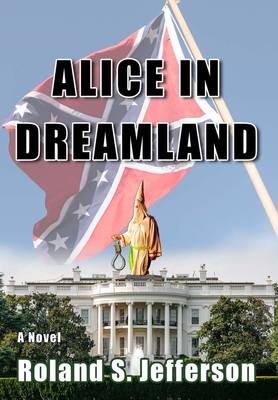 It's been 5 years since the Trump inspired insurrection of January 6. But the

of anarchy . The issue isn't if there will be another attempt to overthrow our

democracy. But simply a matter of when? And in what form will it be?

laptop of an influential white nationalist politician because he refused pay her for sex.

But unknown to Pepper, the flash drive is encrypted with a detailed outline for

another insurrection designed by a group of ultra conservative white supremacist

politicians in an effort to salvage dwindling white influence and political power.

Known as the Alice Plan, it sets forth the protocols for the establishment of a new

'whites only' English speaking republic to be located on foreign soil. The Alice Plan

America, and to redirect those resources to finance the building of the new republic

threats . So she hires a white disabled ex-cop TERRY C. TAYLOR as her bodyguard for

$5,000 until she can find out what's on the flash drive. But Taylor is a bigoted racist

Back in Washington DC treasonous Kansas Senator METHIAS CRANDAL has

them up to date on the missing flash drive and the death of the prostitute. Not

knowing where the prostitute hid the flash drive, they decide to hire NATHAN

person she left it with.

That someone high up in the government is willing to kill to retrieve it. Taylor sets out

to locate someone who can crack open the encrypted information.

And when he does, it sets in motion a deadly cat and mouse chase that takes them across two continents, and 9000 miles of ocean that ends up in the corridors of power in the Oval Office. And the only question that remains........Is the president a part of it?