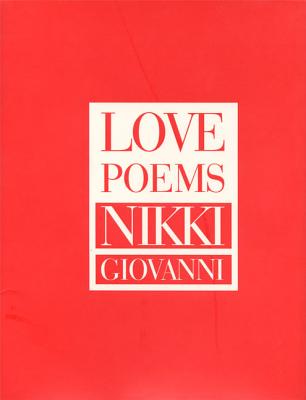 In a career that has spanned more than a quarter century, Nikki Giovanni has earned the reputation as one of America's most celebrated and contoversial writers.Now, she presents a stunning collection of love poems that includes more than twenty new works.

From the revolutionary "Seduction" to the tender new poem, "Just a Simple Declaration of Love," from the whimsical "I Wrote a Good Omelet" to the elegiac "All Eyez on U," written for Tupac Shakur, these poems embody the fearless passion and spirited wit for which Nikki Giovanni is beloved and revered.

In a career that has spanned more than a quarter century, starting with her explosive early years in the Black Rights Movement, Nikki Giovanni has earned a reputation as one of America's most celebrated and controversial writers. Her mind-speaking work has made her a universal favorite and a number-one best-seller.The love poems-the revolutionary "Seduction," the whimsical "I Wrote a Good Omelet," and the tender "My House" to name just a few-are among the most beloved of all Nikki Giovanni's works. Now, Love Poems brings together these and other favorites with over twenty new poems. Romantic, bold, and erotic, Love Poems will once again confirm Nikki Giovanni's place among the country's most renowned poets and truth tellers.

Nikki Giovanni, poet, activist, mother, and professor, is a seven-time NAACP Image Award winner and the first recipient of the Rosa Parks Woman of Courage Award, and holds the Langston Hughes Medal for Outstanding Poetry, among many other honors. The author of twenty-eight books and a Grammy nominee for The Nikki Giovanni Poetry Collection, she is the University Distinguished Professor of English at Virginia Tech in Blacksburg, Virginia.