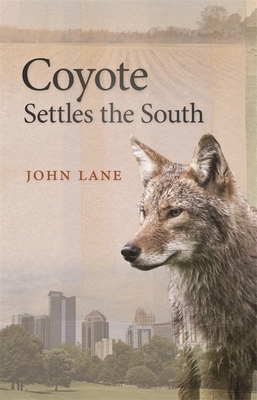 One night, poet and environmental writer John Lane tuned in to a sound from behind his house that he had never heard before: the nearby eerie and captivating howls of coyotes. Since this was Spartanburg, South Carolina, and not Missoula, Montana, Lane set out to discover all he could about his new and unexpected neighbors.

Coyote Settles the South is the story of his journey through the Southeast, as he visits coyote territories: swamps, nature preserves, old farm fields, suburbs, a tannery, and even city streets. On his travels he meets, interrogates, and observes those who interact with the animals--trappers, wildlife researchers, hunters, rattled pet owners, and even one devoted coyote hugger. Along the way, he encounters sensible, yet sometimes perplexing, insight concerning the migration into the Southeast of the American coyote, an animal that, in the end, surprises him with its intelligence, resilience, and amazing adaptability.
JOHN LANE is a professor of English and environmental studies at Wofford College. His books include Circling Home, My Paddle to the Sea, and Coyote Settles the South (all Georgia). He also coedited, with Gerald Thurmond, The Woods Stretched for Miles: New Nature Writing from the South (also Georgia). He has published several volumes of poetry, essays, and a novel, as well as a selection of his online columns, The Best of the Kudzu Telegraph. Anthropocene Blues: Poems is his most recent work.