The Unsettled Land: State-making and the Politics of Land in Zimbabwe, 1893–2003 (Paperback) 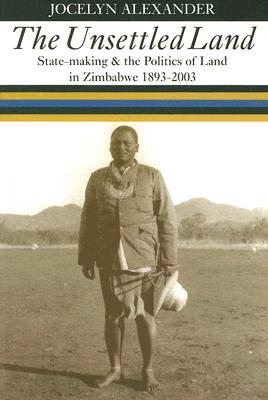 The Unsettled Land: State-making and the Politics of Land in Zimbabwe, 1893–2003 (Paperback)

The Unsettled Land engages with the current debates on land and politics in Africa and provides a much-needed historical narrative of the Zimbabwean case.

In early 2000, a process of land occupation began in Zimbabwe. It involved the movement of hundreds of thousands of black farmers onto mostly white-owned farms, often under the leadership of veterans of Zimbabwe’s 1970s liberation war. The Zanu (PF) government cast this moment as the end of colonialism. Others saw it as mere electioneering, the desperate machinations of an illegitimate government.

This poorly understood crisis had deep roots. In the settler period the government of Rhodesia divided the land along racial lines, leaving the black population in poor and overcrowded reserves. Independent Zimbabwe inherited not only this profoundly unequal division of land but also a potent institutional and ideological legacy of contested claims to authority over the land. This combustible mix shaped political desires and discourses as well as state and African institutions, setting the stage for the dramatic upheavals of 2000 and beyond.

Jocelyn Alexander is a lecturer in commonwealth studies at the University of Oxford and the author of Violence & Memory: One Hundred Years in the ‘Dark Forest’ of Matabeleland.

“The Unsettled Land draws attention to the enduring power of institutions, such as chieftaincy, and ideologies, such as modernism and nationalism, that have shaped the politics of land in Zimbabwe.”—Journal of Southern African Studies

"Anglo-American scholars have produced a spate of books on Zimbabwe, but none dissects the state and makes sense of its transformation more competently and completely than Alexander's The Unsettled Land…. This careful treatment is sure to set a new standard for histories of state-making in Africa."—African Studies Review

“This excellent analysis of Zimbabwe’s unresolved land question is built on an extensive bibliography and careful field research. Highly recommended.”—CHOICE

”The book challenges the view that the state was a monolithic entity that always knew what it wanted to achieve with regard to governance of the colonized.... A well-researched book which makes a significant contribution to the scholarship.... Will