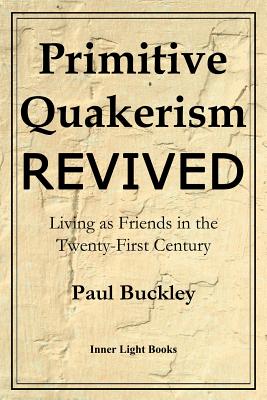 The Religious Society of Friends arose as a passionate missionary movement in the 1650s and suffered through decades of persecution before gaining legal toleration in 1689. The new religious sect questioned the fundamental values and underlying principles of English society, pointedly challenging the social, political, and religious status quo. From its inception, members of the Society felt divinely called to model a God-centered alternative to the surrounding culture. Outwardly, this was manifested by such things as distinctive ways of dressing and unique forms of speech. Inwardly, Friends were characterized by their faithful dependence on the immediate direction of the Inward Light of Christ in all aspects of their lives. As the years passed, the outward forms dropped away and the peculiarities of the Quaker way of life gradually disappeared. While in some ways Friends today continue to resist "the world's ways," they have largely accommodated themselves to the forms, customs, and standards of the peoples they live among.

Primitive Quakerism Revived challenges contemporary Friends in each of the Society's branches to reexamine their fundamental beliefs and practices, to identify the changes and additions that have been made in the past three and a half centuries, and to acknowledge which of those are unacceptable compromises that need to be abandoned. This book is a plea to reclaim the essential Quaker principles and mission by modeling a joyfully faithful community of God.

This feature require that you enable JavaScript in your browser.
END_OF_DOCUMENT_TOKEN_TO_BE_REPLACED

This feature require that you enable JavaScript in your browser.
END_OF_DOCUMENT_TOKEN_TO_BE_REPLACED

This feature require that you enable JavaScript in your browser.
END_OF_DOCUMENT_TOKEN_TO_BE_REPLACED

This feature require that you enable JavaScript in your browser.
END_OF_DOCUMENT_TOKEN_TO_BE_REPLACED