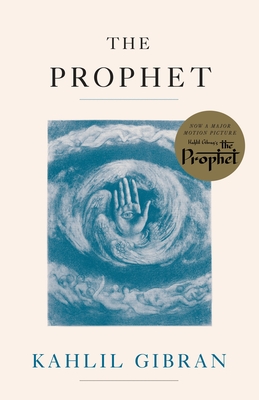 One of the most beloved spiritual classics of our time, Gibran’s masterpiece, The Prophet, has sold millions of copies in more than forty languages since it was first published in 1923.

The Prophet contains powerful words of wisdom on such essential subjects as marriage, children, friendship, work, and pleasure—words that readers from around the world have found inspirational and life-changing. A poet, artist, and mystic, Gibran was born to a poor Christian family in Lebanon and emigrated to the United States as an adolescent, where he began studying art. The twenty-eight poetic essays collected in The Prophet are illustrated with twelve of his full-page drawings. Perhaps no other twentieth-century writer has touched the hearts and minds of so remarkably varied and widespread a readership.

Kahlil Gibran was born in 1883 in Lebanon and died in New York in 1931. His family emigrated to the United States in 1895. In his early teens, the artistry of Gibran's drawings caught the eye of his teachers and he was introduced to the avant-garde Boston artist, photographer, and publisher Fred Holland Day, who encouraged and supported Gibran in his creative endeavors. A publisher used some of Gibran's drawings for book covers in 1898, and Gibran held his first art exhibition in 1904 in Boston. In 1908, Gibran went to study art with Auguste Rodin in Paris for two years, and he later studied art in Boston. While most of Gibran's early writing was in Arabic, most of his work published after 1918 was in English. Gibran's best-known work is The Prophet, a book composed of 28 poetic essays.

"Cadenced and vibrant with feeling, the words of Kahlil Gibran bring to one's ears the majestic rhythm of Ecclesiastes... If there is a man or woman who can read this book without a quiet acceptance of a great man's philosophy and a singing in the heart as of music born within, that man or woman is indeed dead to life and truth." --Chicago Post