The Consequences of Ideas: Understanding the Concepts That Shaped Our World (Paperback) 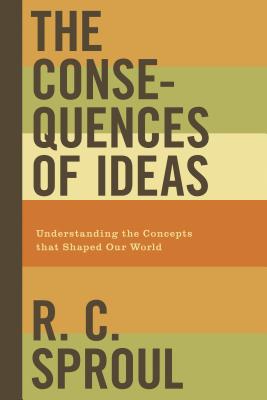 The Consequences of Ideas: Understanding the Concepts That Shaped Our World (Paperback)

Sproul's survey of the ongoing impact of history's most influential philosophies urges readers to take prevailing cultural mind-sets seriously... because ideas do have consequences.

The greatest thinkers of all time are impacting us still. From public-policy decisions and current laws to world events, theology, the arts, education, and even conversations between friends, history's most influential philosophies have wrought massive consequences on nearly everything we see, think, and do.

Thus it is critical for Christians to understand the ideas that are shaping them. The greater their familiarity with the streams of thought that have saturated Western culture through the ages, the greater their ability to influence this culture for Christ.

With The Consequences of Ideas, now in paperback, R. C. Sproul expertly leads the way for thoughtful readers. Tracing the contours of Western philosophy from the ancients to the molders of modern and postmodern thought-including Plato, Aquinas, Descartes, Kant, and Freud-Sproul proves that ideas are not just passing fads; they endure for generations to come and demand our serious attention.

R. C. Sproul (1939-2017) was founder of Ligonier Ministries, an international Christian discipleship organization located near Orlando, Florida. He was also founding pastor of Saint Andrew's Chapel in Sanford, Florida, first president of Reformation Bible College, and executive editor of Tabletalk magazine. His radio program, Renewing Your Mind, is still broadcast daily on hundreds of radio stations around the world and can also be heard online. Sproul contributed dozens of articles to national evangelical publications, spoke at conferences, churches, colleges, and seminaries around the world, and wrote more than one hundred books, including The Holiness of God, Chosen by God, and Everyone's a Theologian. He also served as general editor of the Reformation Study Bible.