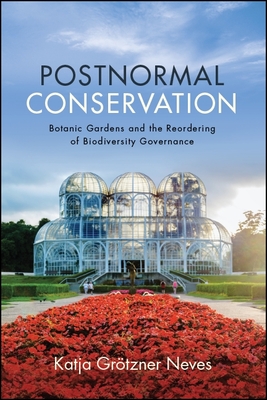 Since their inception in the sixteenth century, botanic gardens have been embroiled with matters of governance. In Postnormal Conservation, Katja Gr tzner Neves reveals that, throughout its long history, the botanical garden institution has been both a product and an enabler of modernity and the Westphalian nation-state. Initially intertwined with projects of colonialism and empire building, contemporary botanic gardens have reinvented themselves as environmental governance actors. They are now at the forefront of emerging forms of networked transnational governance. Building on social studies of science that reveal the politicization of science as the producer of contingent, high-stakes, and uncertain knowledge, and the concomitant politicization of previously taken-for-granted science-policy interfaces, Neves contends that institutions like botanic gardens have discursively deployed postnormal science and posthuman precepts to justify their growing involvement with biodiversity conservation governance within the Anthropocene.