Pimp: The Story of My Life (Compact Disc) 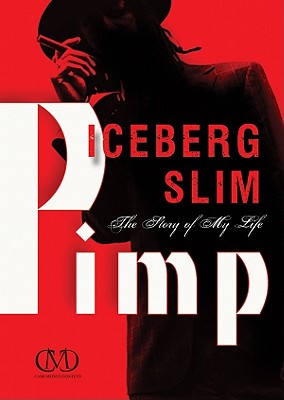 A blueprint. A bible. What Sun Tzu's Art of War was to ancient China, Pimp is to the streets. As real as you can get without jumping in, this is the story of Iceberg Slim's life as he saw, felt, tasted, and smelled it. It is a trip through hell by the one man who lived to tell the tale--the dangers of jail, addiction, and death that are still all too familiar for today's black community. By telling the story of one man's struggles and triumphs in an underground world, Pimp shows us the game doesn't change; it just has a different swagger.

Only Slim could tell this story and make the reader feel it. If you thought Hustle & Flow was the true pimp story, this book is where it all began. This is the heyday of the pimp, the hard-won pride and glory, small though it may be; the beginnings of pimp before it was dragged in front of the camera, before pimp juice and pimp style. Though it is a tale of his times, it will remain current and true for as long as there is a race bias, as long as there is a street life, as long as there is exploitation.