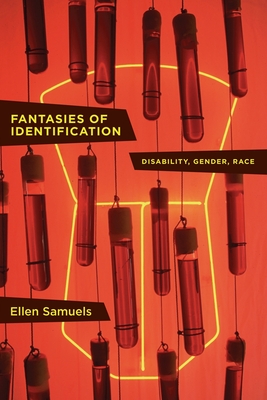 In the
mid-nineteenth-century United States, as it became increasingly difficult to
distinguish between bodies understood as black, white, or Indian; able-bodied
or disabled; and male or female, intense efforts emerged to define these
identities as biologically distinct and scientifically verifiable in a
literally marked body. Combining literary analysis, legal history, and visual
culture, Ellen Samuels traces the evolution of the "fantasy of
identification"--the powerful belief that embodied social identities are fixed,
verifiable, and visible through modern science. From birthmarks and
fingerprints to blood quantum and DNA, she examines how this fantasy has
circulated between cultural representations, law, science, and policy to become
one of the most powerfully institutionalized ideologies of modern society.

Yet, as Samuels demonstrates, in every case, the fantasy
distorts its claimed scientific basis, substituting subjective language for
claimed objective fact. From
its early emergence in discourses about disability fakery and fugitive slaves
in the nineteenth century to its most recent manifestation in the question of
sex testing at the 2012 Olympic Games, Fantasies of Identification explores
the roots of modern understandings of bodily identity.
Ellen Samuels is Assistant Professor of Gender and Women's Studies and English at the University of Wisconsin at Madison.