My take on the Seventh Day Adventist Church (Paperback) 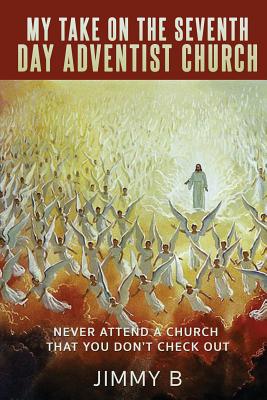 The Christian nonfiction book reveals the truth about Ellen G. White and her writings for the Seventh Day Adventist Church. After working with the church and attending Bible studies with members, the author and his wife discovered troubling inconsistencies between the Bible and the teachings of the Seventh Day Adventist Church's leader. He found that she lied and plagiarized in her writings in an attempt to brainwash her followers. The non-biblical church is a false, bogus church that should not be spreading its propaganda, mind bending, and delusion. The church uses their false prophetess's writings and teachings as the final word instead of the Bible. Many pastors will not admit to relying on her writing, but they lean on Ellen G. White's literature to teach their religion and their beliefs. The author discusses Ellen G. White's fake visions, fictional writing, imposed rules, doctrinal beliefs, the Seventh Day Adventist's twenty-eight fundamental beliefs, the mark of the beast, Ellen G. White's contradictions, William Miller and his followers. God's Word, faith in God, finding the truth in God, belief, comparative religion, biblical truth, seeking out the Word, religion, false prophet, religious fraud, religious denominations, revealing book, Christian truth.

This feature require that you enable JavaScript in your browser.
END_OF_DOCUMENT_TOKEN_TO_BE_REPLACED

This feature require that you enable JavaScript in your browser.
END_OF_DOCUMENT_TOKEN_TO_BE_REPLACED

This feature require that you enable JavaScript in your browser.
END_OF_DOCUMENT_TOKEN_TO_BE_REPLACED

This feature require that you enable JavaScript in your browser.
END_OF_DOCUMENT_TOKEN_TO_BE_REPLACED