Might from the Margins: The Gospel's Power to Turn the Tables on Injustice (Paperback) 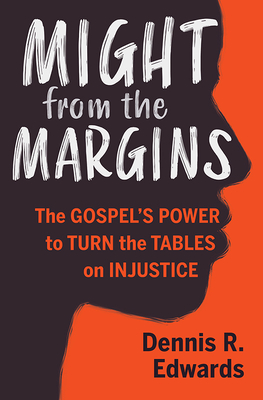 Might from the Margins: The Gospel's Power to Turn the Tables on Injustice (Paperback)


Usually Ships in 1-5 Days
God has empowered marginalized Christians to transform the church.
The power of the gospel is often most visible among those who have been the least respected, including racial or ethnic minorities, people with disabilities, women, and people who have been displaced from their homeland. Yet in many faith communities, these are the same people whose leadership gifts are least likely to be recognized. But the power of the gospel comes from God, not from other humans. This book is a passionate affirmation of the power already present among marginalized Christians and a call to recognize and embrace this power for the sake of helping the church become more like Christ.
Marginalized Christians are already changing the face of the church. Will we embrace their power to change the church's heart?

Dennis R. Edwards is associate professor of New Testament at North Park Theological Seminary and the author of What Is the Bible and How Do We Understand It? in The Jesus Way series and 1 Peter in The Story of God commentary series. A sought-after speaker at conferences and universities and a frequent contributor at Missio Alliance, Edwards has served as a church planter in Brooklyn and Washington, DC, and has worked in urban ministry for nearly three decades. He previously taught New Testament at Northern Seminary. Edwards holds degrees from Cornell University, Trinity Evangelical Divinity School, and Catholic University of America, and is ordained in the Evangelical Covenant Church. He and his wife, Susan Steele Edwards, are the parents of four adult children and four grandchildren.