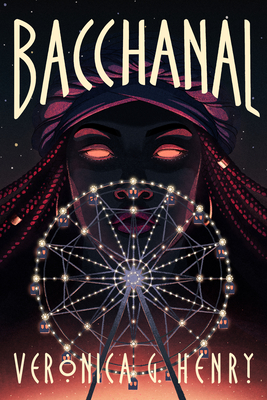 Evil lives in a traveling carnival roaming the Depression-era South. But the carnival's newest act, a peculiar young woman with latent magical powers, may hold the key to defeating it. Her time has come.

Abandoned by her family, alone on the wrong side of the color line with little to call her own, Eliza Meeks is coming to terms with what she does have. It's a gift for communicating with animals. To some, she's a magical tender. To others, a she-devil. To a talent prospector, she's a crowd-drawing oddity. And the Bacchanal Carnival is Eliza's ticket out of the swamp trap of Baton Rouge.

Among fortune-tellers, carnies, barkers, and folks even stranger than herself, Eliza finds a new home. But the Bacchanal is no ordinary carnival. An ancient demon has a home there too. She hides behind an iridescent disguise. She feeds on innocent souls. And she's met her match in Eliza, who's only beginning to understand the purpose of her own burgeoning powers.

Only then can Eliza save her friends, find her family, and fight the sway of a primordial demon preying upon the human world. Rolling across a consuming dust bowl landscape, Eliza may have found her destiny.