Larry Loves Portland!: A Larry Gets Lost Book (Board book) 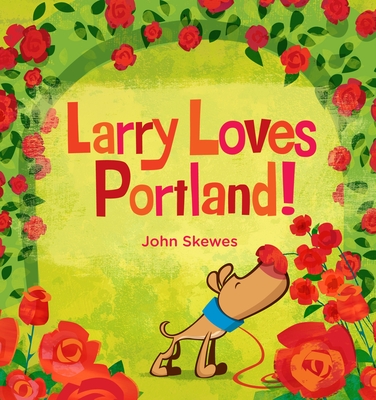 Larry Loves Portland!: A Larry Gets Lost Book (Board book)


Usually Ships in 1-5 Days
The bestselling Larry Gets Lost series heads to The Rose City in this board book featuring vibrant retro illustrations of this great American city and the perpetually lost pup, Larry.


Just like the locals, Larry the pup loves the Oregon Zoo, Powell’s City of Books, Benson Bubblers, Union Station, and many of the other sites and sounds of Portland. Based on the popular children's picture book Larry Gets Lost in Portland, families who love Portland will want this charming board book for their little readers.
JOHN SKEWES is a professional illustrator living in Seattle. He began work as a product designer and character artist for Disney Consumer Products before leaving to start his own company, Retrodyne Industries in 2001. His clients include Warner Bros., Hanna-Barbera, Fox, Pixar, and Simon & Schuster. As the creator and illustrator of the award-winning Larry Gets Lost™ children's book series, John has followed Larry from the southern tip of Texas to tiny Nome, Alaska, and been lost several times himself. He has illustrated over 20 children's books, including the Flintstones, Tom and Jerry, and Alvin and the Chipmunks.
Larry is an exuberant and curious little brown pup. (He may be familiar to you from the Larry Gets Lost series.) Join him as he romps his way throughout the City of Roses, from OMSI to the Oregon Zoo.
ParentMap

Larry, the loveable pup from the Larry Gets Lost series, show off his fondness for the Oregon Zoo, Powell’s City of Books, Benson Bubblers, Union Station, and many of the other sites and sounds of Portland in this series for the youngest of Larry’s fans.
Walking on Travels