Practical Wisdom for Pastors: Words of Encouragement and Counsel for a Lifetime of Ministry (Paperback) 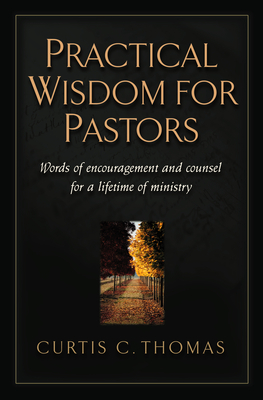 Practical Wisdom for Pastors: Words of Encouragement and Counsel for a Lifetime of Ministry (Paperback)

As a pastor your job is filled with blessings and satisfaction, as well as unique challenges and pitfalls. Here a ministry veteran covers virtually all of those areas with a wealth of practical insight culled from 44 years in the pastorate. Blending his deep love of the Word and commitment to biblical ministry, Curtis Thomas offers a rich source of help and encouragement that will enthuse and benefit you whether you've pastored for five years or 50.

CURTIS C. THOMAS served as pastor of several Baptist churches in the central Arkansas area before recently retiring after forty-four years in the ministry. Most recently, he served fourteen years as executive pastor of The Bible Church in Little Rock. He has coauthored two books: Romans: An Interpretive Outline and The Five Points of Calvinism: Defined, Defended, Documented. John MacArthur is the pastor-teacher of Grace Community Church in Sun Valley, California, where he has served since 1969. He is known around the world for his verse-by-verse expository preaching and his pulpit ministry via his daily radio program, Grace to You. He has also written or edited nearly four hundred books and study guides. MacArthur is chancellor emeritus of the Master's Seminary and Master's University. He and his wife, Patricia, live in Southern California and have four grown children.