Letters to a Young Brother: MANifest Your Destiny (Paperback) 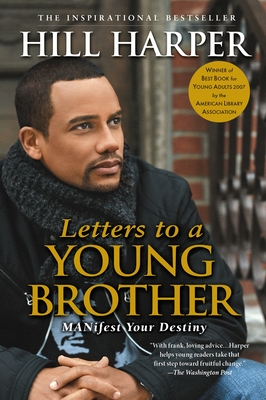 Letters to a Young Brother: MANifest Your Destiny (Paperback)


Usually Ships in 1-5 Days
Offering inspirational advice in a down-to-earth style, this unique compilation of letters provides wisdom, guidance, and heartfelt insight to help the reader chart their own path to success. Based on the author’s motivational speaking at inner-city schools across the country, the letters deal with the tough issues that face young people today.

Bombarded with messages from music and the media, Harper set out to dispel the stereotypical image of success that young people receive today and instead emphasizes alternative views of what it truly means to be a successful male, such as educational and community achievements and self-respect. Intended to provide this frequently regarded “lost generation” of young men with words of encouragement and guidance, Harper’s deep-rooted passion regarding the plight of today’s youth drove him to write this book, sure to change the lives of readers for years to come.

Harper’s message is a solo soaring above the choir. (LOS ANGELES TIMES)

Filled with heartfelt wisdom and solid step-by-step strategies for cultivating self-respect, Letters to a Young Brother is an inspirational guidebook to a better life and a book that will change lives. (Black College Today)

[This] book can serve as a strong and silent mentor. (The Philadelphia Inquirer)