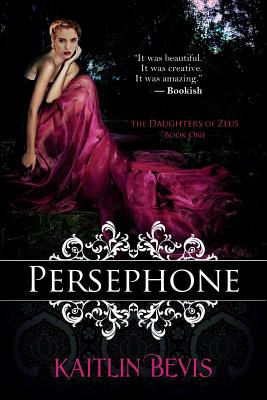 The Daughters of Zeus, Book One

One day Persephone is an ordinary high school junior working at her mom's flower shop in Athens, Georgia. The next she's fighting off Boreas, the brutal god of Winter, and learning that she's a bonafide goddess-a rare daughter of the now-dead Zeus. Her goddess mom whisks her off to the Underworld to hide until Spring.

There she finds herself under the protection of handsome Hades, the god of the dead, and she's automatically married to him. It's the only way he can keep her safe. Older, wiser, and far more powerful than she, Hades isn't interested in becoming her lover, at least not anytime soon. But every time he rescues her from another of Boreas' schemes, they fall in love a little more. Will Hades ever admit his feelings for her?

Can she escape the grasp of the god of Winter's minions? The Underworld is a very nice place, but is it worth giving up her life in the realm of the living? Her goddess powers are developing some serious, kick-butt potential. She's going to fight back.


Kaitlin Bevis spent her childhood curled up with a book and a pen. If the ending didn't agree with her, she rewrote it. Because she's always wanted to be a writer, she spent high school and college learning everything she could to achieve that goal. After graduating college with a BFA and Masters in English, Kaitlin went on to write The Daughters of Zeus series. kaitlinbevis.com