Francis of Rome & Francis of Assisi: A New Spring for the Church (Paperback) 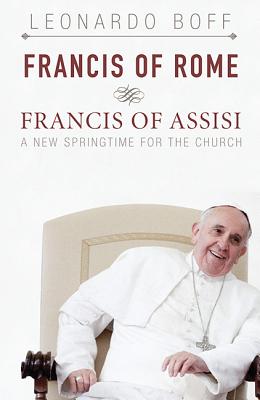 Francis of Rome & Francis of Assisi: A New Spring for the Church (Paperback)


Email or call for price
In choosing his name, Pope Francis was indicating an agenda, a vision, and a sense of mission. Saint Francis, the most universally beloved saint, reformed the church by imitating Christ in simplicity, poverty, and love for those on the margins. The spirit of St. Francis calls the church to embrace the poor, to promote peace and adopt an ecological consciousness. In embracing these values, Pope Francis has unleashed enormous hopes. Here, Leonardo Boff, one of the leading figures of liberation theology as well as the global movement for justice and ecology, explores the connections between these two Francises and the promise they hold for the church and the world today.
Leonardo Boff spent over thirty years as a Franciscan. Because of doctrinal problems with Vatican authorities created by his book Church he left the Franciscan order and the priesthood in 1992. Since then he has served as professor of ethics at the University of Rio de Janeiro.