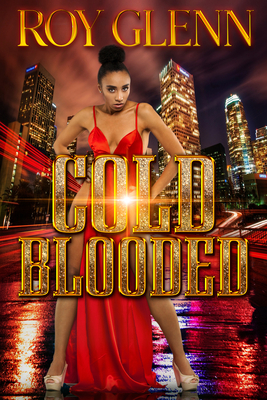 Following the murder of his friend and business associate, Quentin Hunter, Mike Black decides that he might ask a few questions. Why would Daniel Beason kill Quentin, and why would Beason have murdered his business partner, Elias Colton?

If Black is hitting the streets, you can be sure that Bobby Ray is hitting the streets with him. It doesn’t take them long to find that weapons, drugs, and The Troka Clan, an Albanian mafia organization engaged in international human and organ trafficking, are involved. However, this isn't the extent of the involvement with The Family.

After finding her cousin, flight attendant Sapphire Langston, safe, Rain Robinson looks to get back to business. But before that can happen, Sapphire gets a call informing her that men are holding her mother hostage. They demand the return of a thumb drive that Rain found on her last flight.

Rain discovers that The Troka Clan is behind the kidnapping and that the drive contains information about the clan’s transactions, contacts, and the location of their warehouses. When the exchange doesn’t go well, Rain selects a target from the data and goes on a rampage. She takes The Family to war against the clan until Black, who has been violently seeking answers, shuts her down—but not before more blood is spilled in the streets.

Multi-genre author Roy Glenn is best known as the Master of Urban Suspense for his iconic Mike Black Saga. A three-time AALBC.com Bestselling Author, winner of The Reader Warrior Choice award for Best Male Author and a B.R.A.B award for Best Duo, Roy Glenn always had a very vivid imagination. He began making up stories at a very early age, but his passion for writing those stories didn't come until much later in life. "It began with a thought and after a while, the characters and the story became clear to me and began to play over and over like a movie in my mind."

His first novel, Is It a Crime, became a bestseller and gave birth to the popular character Mike Black. The Black series has spun off two other series, The Reign of Rain Robinson and a look into the past with The Vicious Black Years. Roy was born and raised in the Bronx and currently lives in Jacksonville, Florida, where he is working on the Above The Law series and Boss of The Family for television.