Around the Way Girls 12 (Paperback) 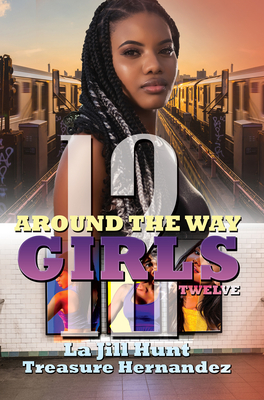 Around the Way Girls 12 (Paperback)


Coming Soon - Available for Pre-Order Now
There’s a saying that if you come from my part of town, you're from around the way. Urban Books bestsellers Treasure Hernandez and Marcus Weber bring readers a fast-paced look at the lives of some street-smart women who think they know it all. Do they have what it takes to survive on the streets?

Caught Between a Good Boy and Bad Boy by Treasure Hernandez: Kiesha Simmons is that girl. She graduated top of her high school class and was captain of her step team. She’s about to start college at Howard University and is presently doing an internship with the top realtor in her city. She's had a good life so far, but there's one thing she has to do before she takes off for college in the fall — and that's lose her virginity. She just has to decided who is going go to be the lucky guy: her boss’s son or the local thug rapper.

Lost and Found by Marcus Weber: Maria Santiago is on her way from Albany, New York, to Atlanta, Georgia, when her Greyhound bus stops over for a two-hour layover at the Port Authority in Manhattan. She takes a stroll through the city and accidentally witnesses a drug deal going bad. All the men are killed, and Maria scoops up the briefcase full of drugs and a gun, making her way back to the bus station and back on her bus. Arriving in Atlanta, she finds that her grandmother is about to lose her house, and Maria goes up on a mission selling the drugs to save her family. Along the way, she makes friends and enemies, and finds a love that will last her the rest of her short life.

Treasure Hernandez, author of the Flint Series and several other bestselling urban titles, was incarcerated in a United States penitentiary. Upon her release, she moved to Atlanta with her daughter. She is working on future projects for Urban Books.