The Girl From Saint Petersburg (Paperback) 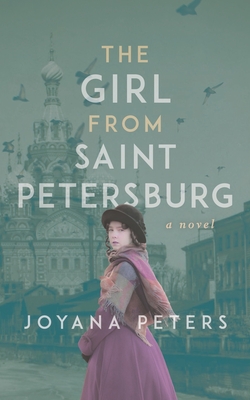 The Girl From Saint Petersburg (Paperback)

What will she do to stay alive?

Russia, 1905: Thirteen-year-old Ruth dreams of growing up to marry the boy next door and living peacefully ever after. But when he and her father are forced to flee to America after the Bloody Sunday Massacre, Ruth and the other female members of the family are left behind amid the violence and chaos of revolutionary Russia. Overcoming violence and hunger with a strength she never knew she possessed, Ruth resolves to do what it takes to keep her mother and sister alive-whether it be work, beg or steal.

Then she lands herself in a predicament that threatens to put her own neck in a noose. This time she may not be able to keep them all safe, at least not without sacrificing their love for her and all that makes life worth living.

In this prequel to the award-winning novel, The Girl in the Triangle, author, Joyana Peters, portrays a tight-knit family fighting to endure at a precarious and crucial time in Jewish history. Join the countless readers who can't get enough of Ruth and her story.