Descendants of the First (Hardcover) 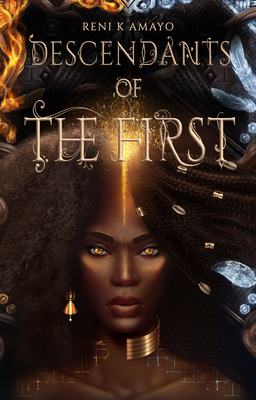 Descendants of the First (Hardcover)


Usually Ships in 1-5 Days
The king is dead - and with him, the last thread holding the kingdom together.

Deep cracks are forming throughout the kingdom of Nri with whispers of deadly successors lurking beneath the shadows. Despite having the same face, it seems the deepest crack is forming between Naala and Sinai, the reunited twin goddesses, who must put their differences aside as they travel through a broken Nri.

With the king dead, the reunited twin goddesses must now face mythical beasts, a volatile resurgence of the lost gods and unseen enemies as they fight to prevent the kingdom from tearing itself apart.

Descendants of the First is the thundering sequel to Reni K Amayo's epic feminist young adult fantasy, Daughters of Nri, lauded as "literary magic" by Buzzfeed and a piece of "Excellent writing, brilliant book" by bestselling author, Dorothy Koomson.