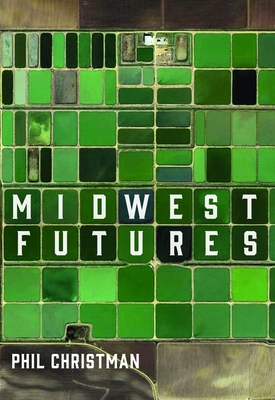 A virtuoso book about midwestern identity and the future of the region. Named a Commonweal Notable Book of 2020, a finalist for a Midwest Independent Book award, and winner of the Independent Publisher Awards' 2020 Bronze Medal for Great Lakes Nonfiction.

The Midwest: Is it middle? Or is it Western? As Phil Christman writes in this idiosyncratic, critically acclaimed essay collection, these and other ambiguities might well be the region's defining characteristic. Deftly combining history, criticism, and memoir, Christman breaks his exploration of midwestern identity, past and present, into a suite of thirty-six brief, interconnected essays. Ranging across material questions of religion, race, class, climate, and Midwestern myth making, the result is a sometimes sardonic, often uproarious, and consistently thought-provoking look at a misunderstood place and the people who call it home.

As James Fallows of The Atlantic noted, it's "A combination of history, memoir, reportage, and lit-crit that taught me a lot about a region I've reported on.... Check it out."

For anyone who has ever wondered why being from the Midwest is synonymous with "normalcy," even when nothing could be further from the truth.

A former substitute teacher, shelter worker, and home health aide, Phil Christman currently lectures in the English department at University of Michigan. His work has appeared in The Hedgehog Review, Commonweal, The Christian Century, The Outline, and other places. He holds an MFA from the University of South Carolina-Columbia. He is the editor of the Michigan Review of Prisoner Creative Writing, a journal sponsored by the University of Michigan's Prison Creative Arts Project. He lives in Ann Arbor, MI.